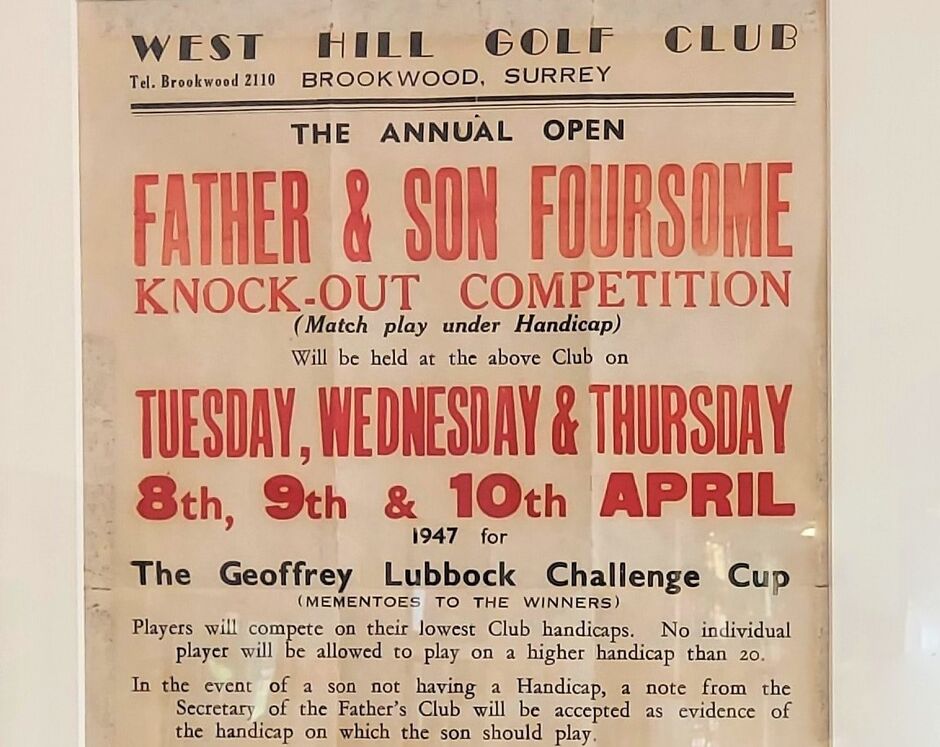 The “Father & Son“ Tournament was introduced by Major Geoffrey Lubbock, who had two golfing sons, in 1929 when the competition was open to members of Surrey clubs only. The event was made open in 1931 and after Major Lubbock's death at the end of that year, Marguerite Lubbock his widow and owner presented a trophy in his memory which is still played for today.

The foursomes match play event is held over 4 days usually during the Easter holidays and attracts amateur golfers from all around the world.

This years winners were Roger and Ben Frost from Windlesham who beat Kevin and Jack Wilder from Sandmartins 2up.

The field is made up of 128 pairs who compete for the Geoffrey Lubbock Challenge Cup (2019 winners Laurence & Thomas Shiels pictured below). A practice day is scheduled the day before the tournament which is then played as shown below: 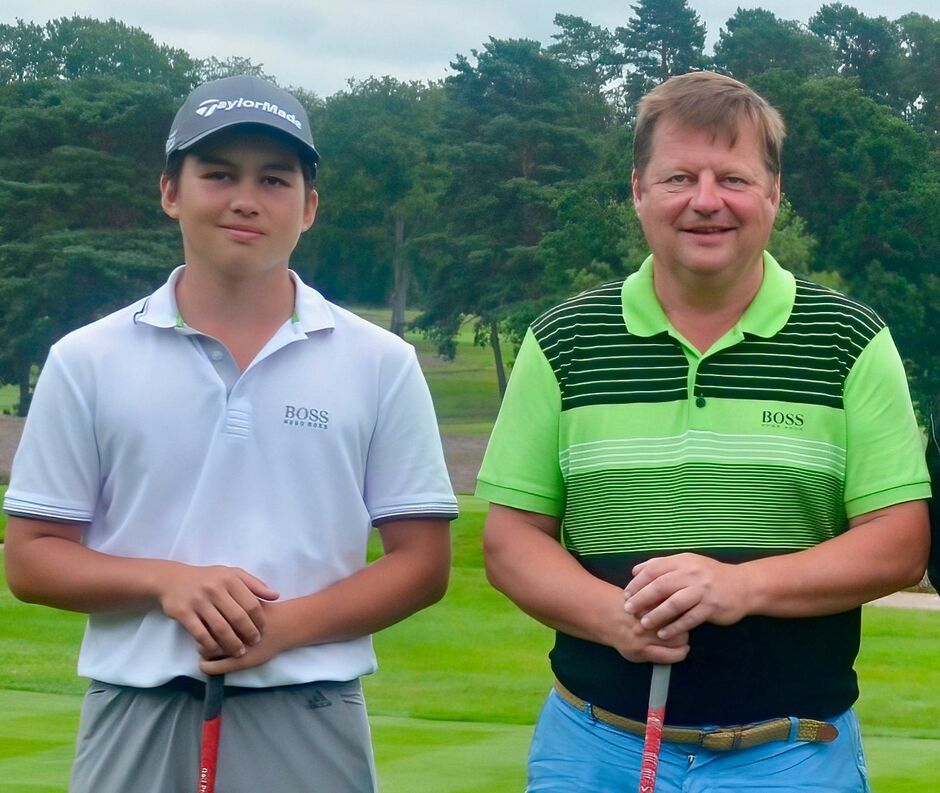 (Additional competition, Father & Son stableford takes place for all pairs out of the main event)

There is no minimum or maximum age but Fathers & Sons must have maximum combined handicap indexes of 30 and be affiliated to a golf club.

Entry forms are available directly from the Club from November each year and entries close on the last day of January. The competition is normally oversubscribed, and a waiting list is run.

Please complete the Father and Son form below to applay for the 2022 tournament.

“Defined by its majestic trees and abundant heather, this is a delightful course that is consistently strong all the way round. With five lovely par 3’s and varied short par 4 holes it plays every inch of its length and more. In an area packed with first-class golf, it deservedly sits proud“

"A quick note to say a big thank you to West Hill for hosting the Fathers and Sons competition. We were not only made to feel very welcome but were also treated to a course that was in magnificent condition and a big thank you to all the organisers, volunteers and greenskeepers who not only gave up their time but did so with a smile which in these times was extremely welcome!"

"We could not have had a better time : such an outstanding course, a beautiful afternoon and friendly service from Ben and the rest of the bar staff. Everything was perfect! Thanks again for hosting us at splendid West Hill. We would be delighted if you would pencil us in again for next year."